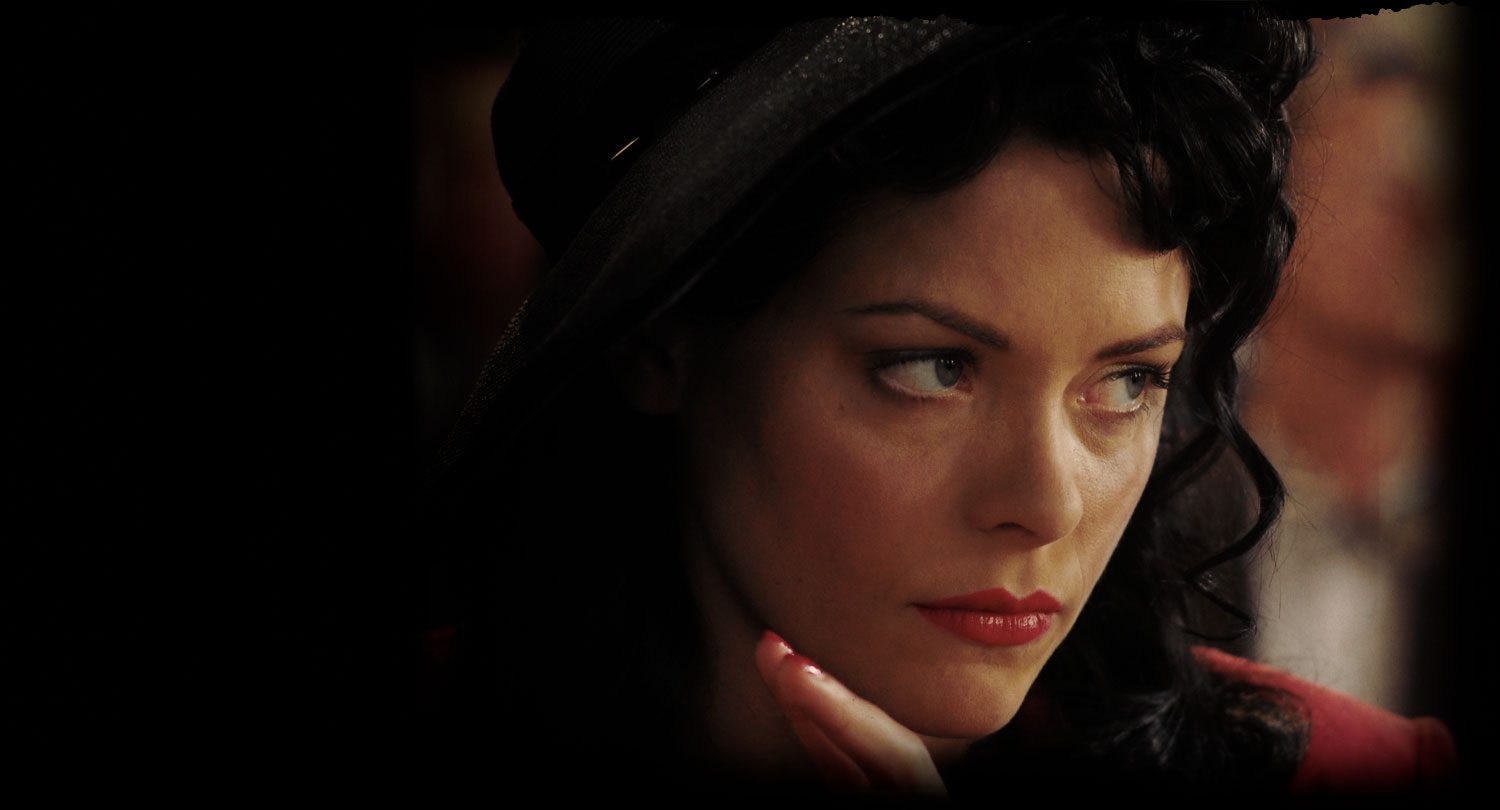 In a spellbinding portrayal of Toni Jo Henry, actress Jaime King (Fan Boys, Cheaper by the Dozen 2, Pearl Harbor, The Spirit, Heart of Dixie) harnesses the subtlety and complexity of the deeply tormented woman whose transformation reveals the purpose of the film.  Producer Tom Anton was immediately impressed by King’s performance in Sin City as Goldie, and was won over by her tenacious spirit.  “After an hour-long conversation with Jaime, I was fully convinced that I had found my Toni Jo,” Anton reflects.  Co-producer and writer Sandi Russell is equally grateful to have found the perfect Toni Jo: “Jaime carries this film.  She is literally in every scene of the movie and given the subject matter, that is no small task.”  When asked about the experience of working with a husband-and-wife team, King replied, “I love seeing people collaborate together.  And the love they have for one another really translates into their work.”

As King read the script for The Pardon, she knew right away that she was supposed to play the part of Toni Jo Henry.  Jaime stated that the screenplay was very tight, that there were such wonderful characters in the story and that she knew a fantastic cast could be put together.  “I really connected to Toni Jo in a lot of ways,” explains King.  “I thought it was important for her story to be told by a person who really loves her, has compassion for her and who understands how her life worked.” 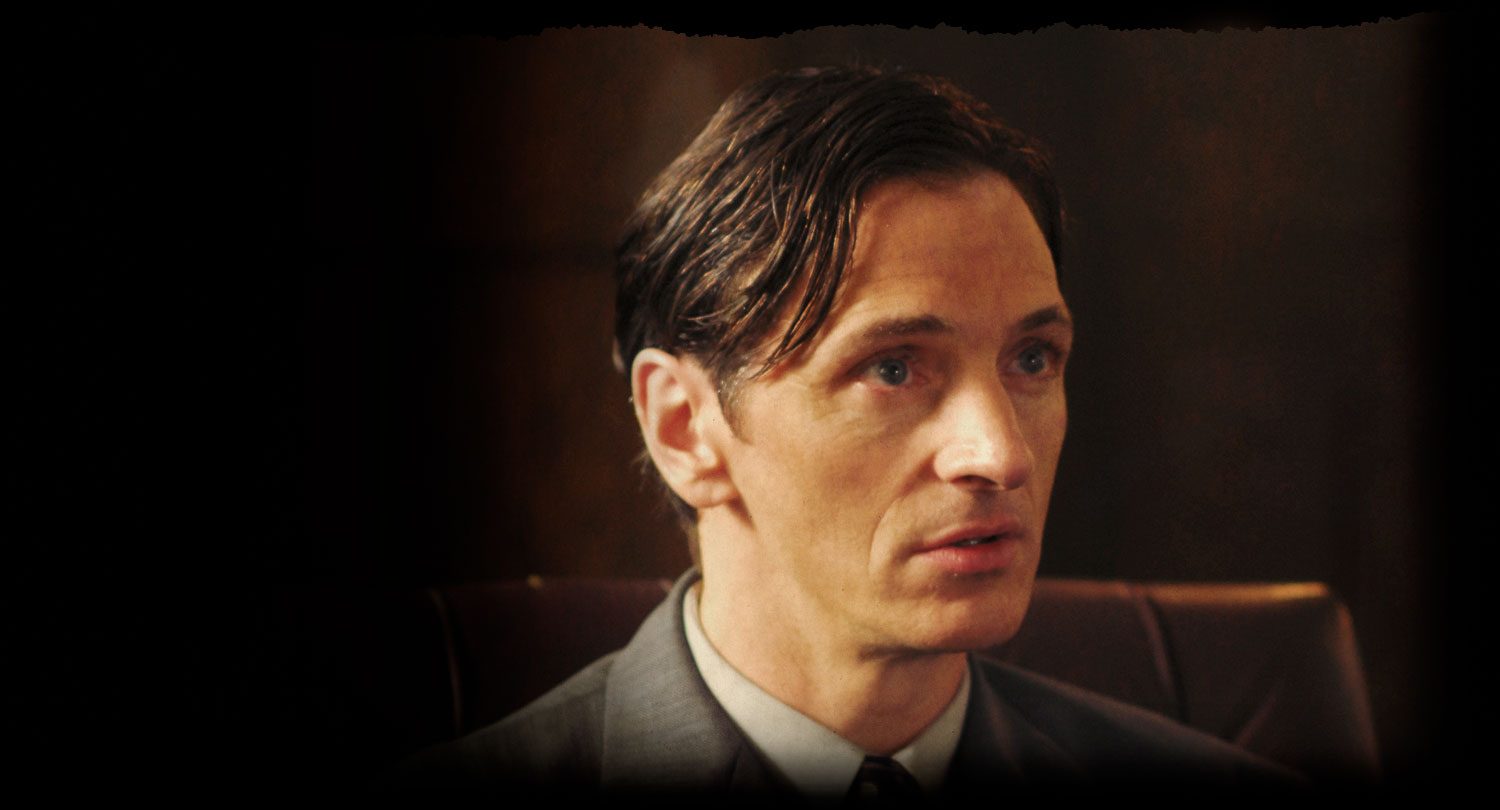 Academy Award nominee John Hawkes (Winter’s Bone, The Sessions, Lincoln, Contagion, Miami Vice, Identity, The Perfect Storm) masterfully portrays “Arkie” (Horace Finnon Burks), Toni Jo’s accomplice.  This was an attractive role for Hawkes because of what he calls “the duality of the character,” which Hawkes embodies with genuine understanding.  “Arkie is familiar with underground activity,” he explains, “but it’s mixed with a kind of innocence.”  All the characters in the story tend to fall in love with Toni Jo and Arkie is no exception.  Her allure seems to play a part in the misguided activities in which Arkie finds himself.  “She’s like a movie star to Arkie,” says Hawkes. “He’s never seen anyone quite as beautiful as she is.”  The fact that the story takes place at the tail end of a crime wave is also intriguing to Hawkes.  Quite possibly, he imagines, the daring bravado of the notorious depression-era gangster John Dillinger inspired Arkie’s crimes.  “Dillinger would have been a hero to Arkie, someone to emulate,” says Hawkes.  “It’s a fascinating time period with the clothes, the music and the characters.” 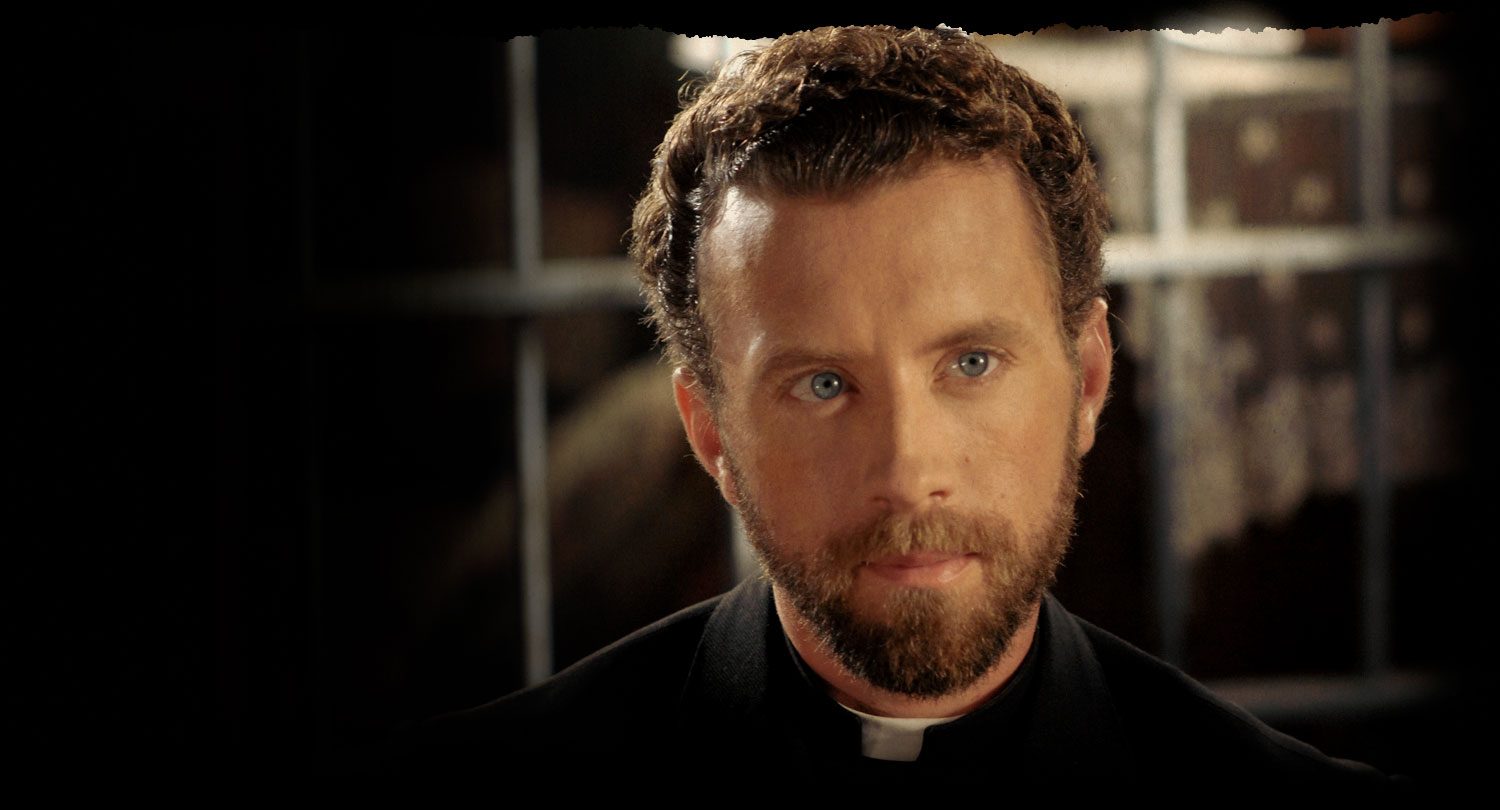 The powerful subtlety behind Father Richard’s moving portrayal came from T.J. Thyne (Shuffle, Bones, 24, The O.C.).  Thyne explains the reason he was originally drawn to the role of Father Richard as being the priest’s “deep faith.”  “It takes a combination of the character written on the page and what the actor brings to the role in order to make the story believable,” says Thyne.  Feeling an instant connection with the character of Toni Jo, as he is relatively the same age that she was when her trials began, Thyne readily conveys the depth of devotion essential to the character of Father Richard.

From the beginning of Anton’s conception of the film, he believed that the chemistry between Toni Jo and Father Richard was critical to the integrity of the story.  It was a welcome discovery, then, to see the two actors connecting so gracefully on camera.  “This film has been so fun,” reflects Thyne. “Tom and Sandi are kind and genuine people.  I love seeing Tom behind the camera with a giant smile on his face. It’s so comforting.” 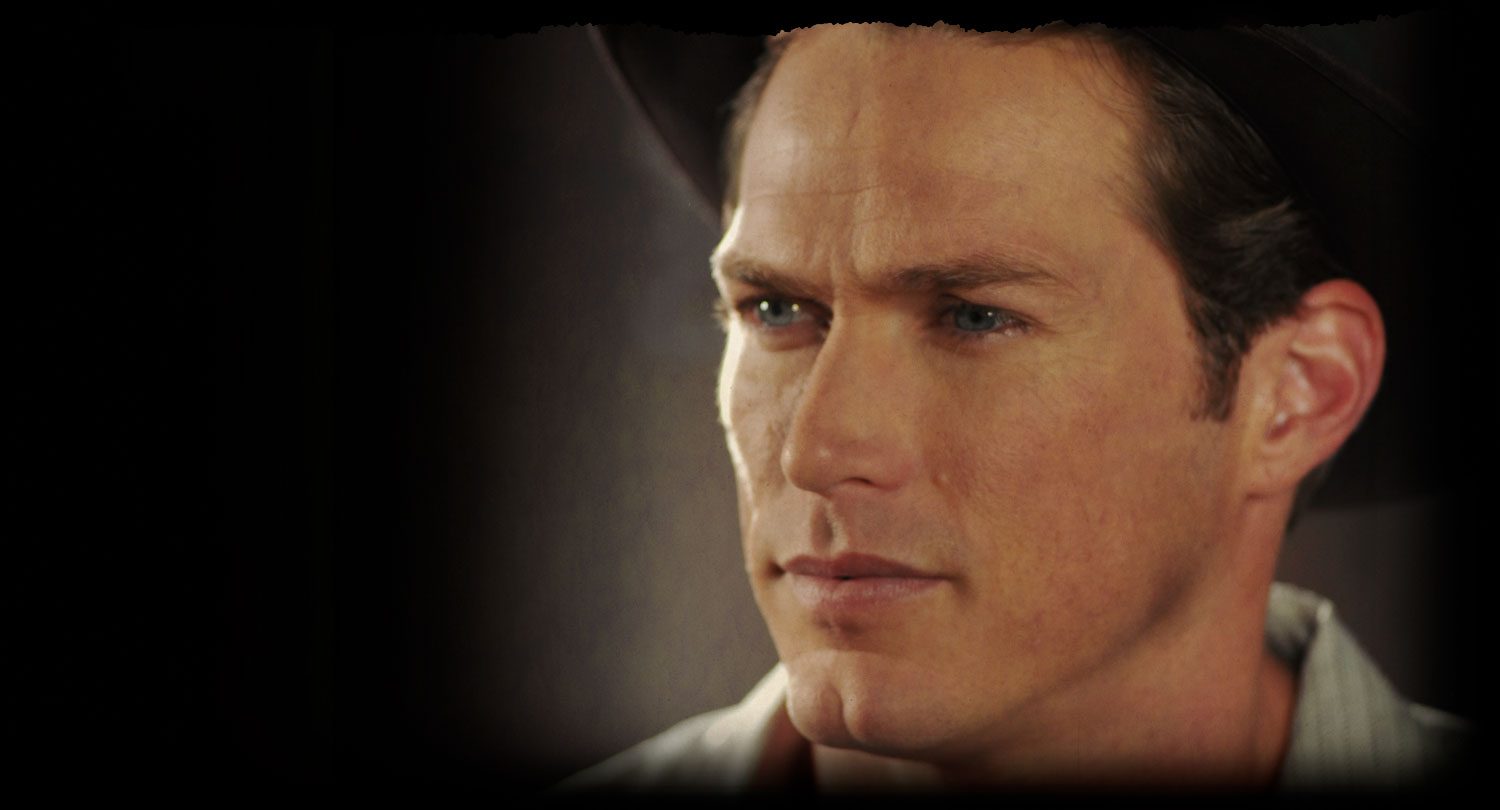 Toni Jo’s husband, Cowboy Henry, is played by the talented dreamboat Jason Lewis (Mr. Brooks, The Jacket, Brothers and Sisters, Sex and the City).  Bringing a unique sensuality and power to the love story, Lewis embodies a character who certainly has a dark side, yet whose love and compassion for Toni Jo burns brightly.  The boxing scenes required intense training, which pays off exquisitely on the screen, leaving more than a few audience members a little short of breath.  Lewis tackles the role with enthusiasm, resulting in a rich portrayal of a sensitive criminal who adores his wife.  The time period of The Pardon was just as much a draw to Lewis as the character of Cowboy.  Anton recalls spending hours on the phone with Lewis before shooting, talking about his character.  “He’s the kind of guy who has been kicked most of his life,” said Lewis about Cowboy, “a guy who doesn’t expect much out of life.  I like the idea of playing a character who’s looking for that last glimmer of hope.” 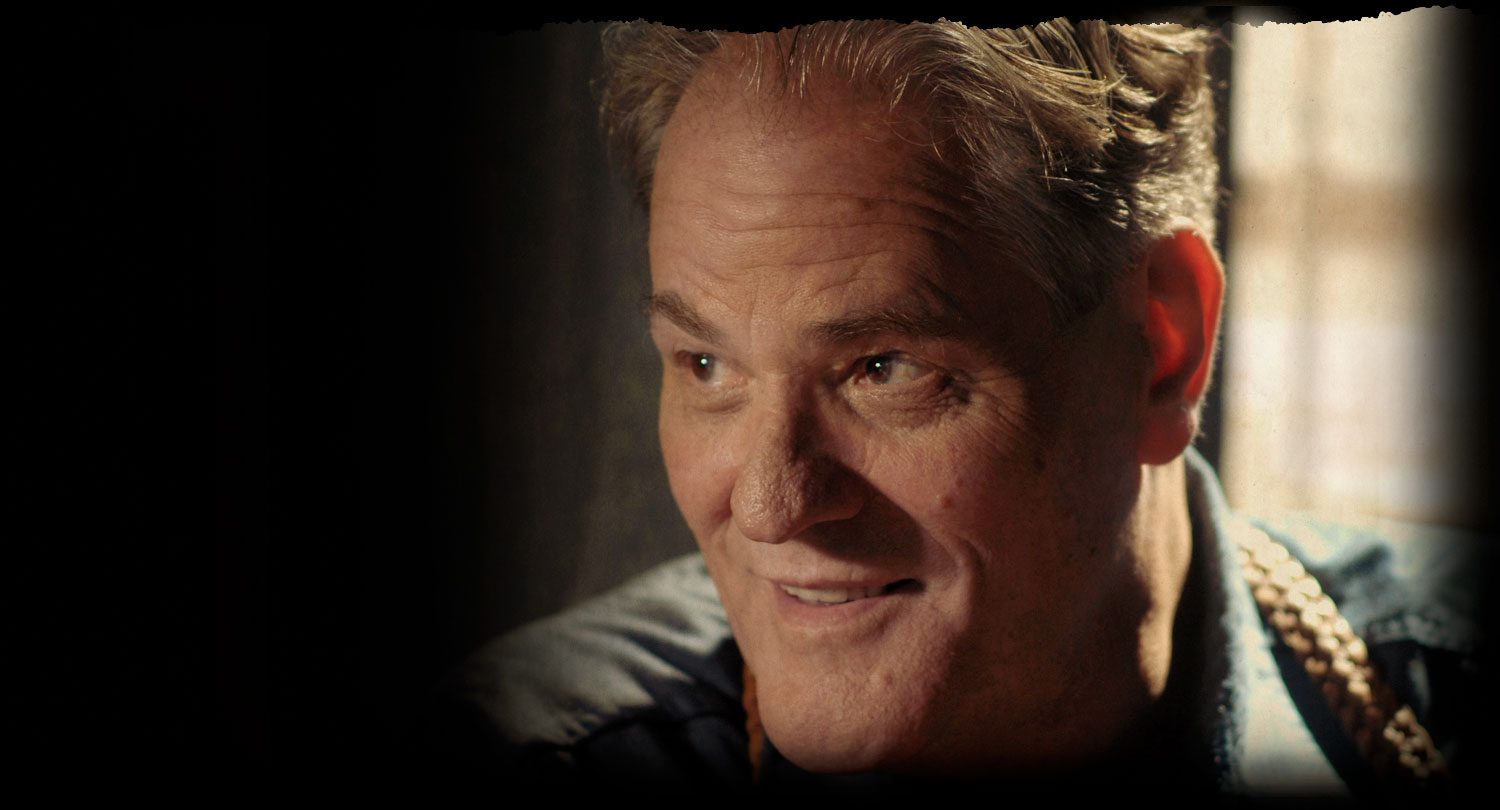 Perfectly cast as Toni Jo’s jailer Gibbs Duhon, M.C. Gainey (Wild Hogs, Lost, At Last, Sideways, ConAir, Love Ranch, Justified) brings a fatherly warmth to the stark realities of Toni Jo’s story.  “Gibbs does not judge Toni Jo Henry,” offers Gainey.  “He only wants to care for her.”  M.C. Gainey was in Anton’s first film, At Last, as the Cajun artist. Anton claims he won’t do a movie without Gainey present in some capacity.  “M.C. is always cast as the bad guy,” Anton remembers.  “Though I see a man with a deep soul; a force to be reckoned with on either side of the law.”  Gibbs becomes a deeply caring figure to his charge, Toni Jo Henry. “After playing all manner of evil and you get the opportunity to play a truly pure soul, you jump at it,” laughs Gainey.  The old jailer Gibbs undergoes his own transformation as he offers kindness and comfort to Toni Jo.  To him, she is not a criminal and certainly not a killer. He treats her with respect and dignity, reflecting a key tenet of the film. 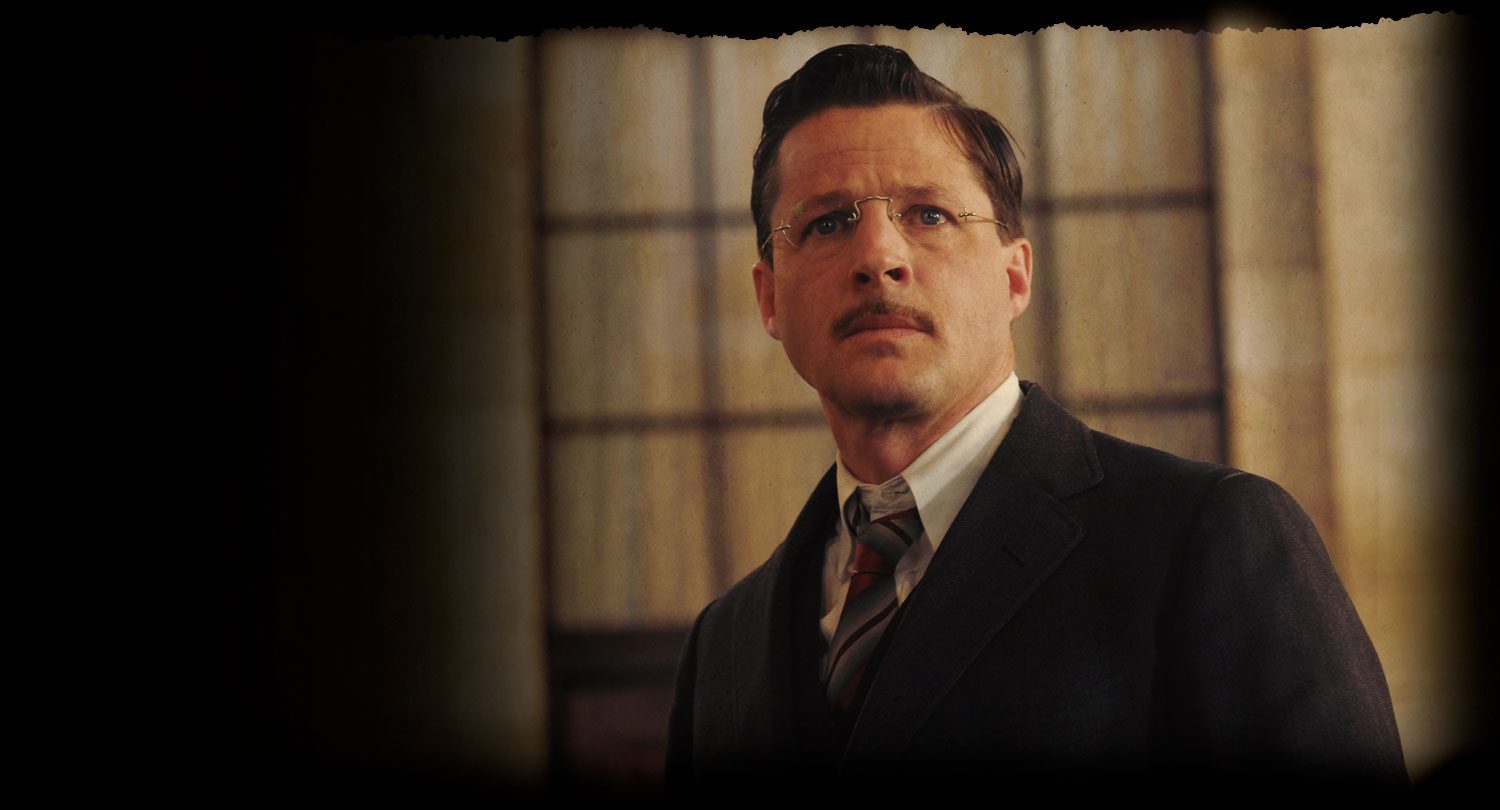 Half of the two-man legal team who represent Toni Jo throughout her trials, Norman Anderson is wonderfully portrayed by Tim Guinee (Water for Elephants, Iron Man I & II, Broken English, Sweet Land, Ladder 49, Revolution).  The two bumbling tax attorneys provide much of the comic relief in an otherwise tragic story.  Playing off each other, finishing each other’s sentences, and being ill at ease in a frightening situation, Anderson and Moss draw strength from one another and laughs from the audience.  Yet as the movie unfolds, their charisma and true devotion to Toni Jo belie their clownish introduction.  Yet another character who seems to fall in love with Toni Jo, Norman Anderson transforms into an effective and competent opponent to the prosecution, mirroring Toni Jo’s ultimate empowerment.  “What drew me to the script more than anything is that I love movies that take you to another place and time,” says Guinee.  “I’m interested in southern Louisiana politics where there’s a little corruption in the judicial system from time to time.”   Louisiana’s rich culture was a strong draw for Guinee as were the film’s values.  “One thing that’s lovely about working on this movie is that we got to work on location.  We got to soak up the atmosphere and culture of the area.” 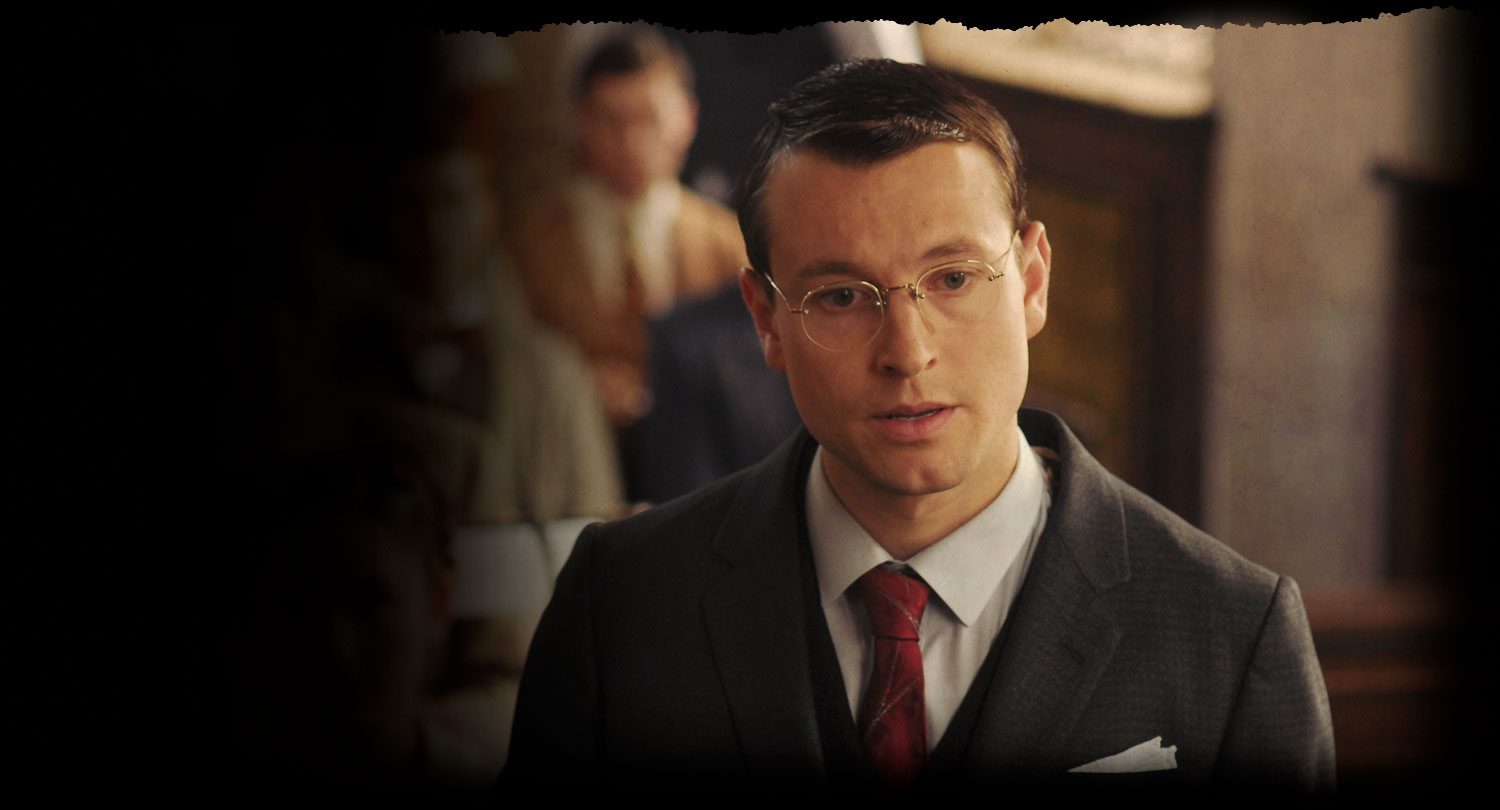 Clement Moss, played by Leigh Whannell (Saw–Saw IV, Death Sentence), is the other half of Toni Jo’s disarming legal team.  Whannell was originally drawn to the role for its challenges.  The character was quite different from any role he had thus far played.  “Moss and Anderson are the real underdogs,” says Whannell. “Because the film is based on real people that lived and breathed…that made it even more exciting to play.”  And play is what Whannell and Guinee do best in The Pardon.  Their endearing clumsiness and lack of artifice are refreshing breathers in the dark story of the glamorous criminal Toni Jo Henry.  “Leigh has a way of acting serious while saying outlandish things, which is his great charm,” comments co-producer and writer Sandi Russell.

“There is so much at stake for these guys and so much pressure,” reflects Whannell on the two tax attorneys.  “I think they put all they have into her defense and do their very best.”  Looking back at Toni Jo’s trials, many propose that the conditions of the trials were unfair: an all-male jury, a dubious judge who would not allow Toni Jo’s troubled upbringing to be revealed to the jury, etc. Whannell agrees. “Certainly a person’s past needs to be taken into consideration when on trial.” 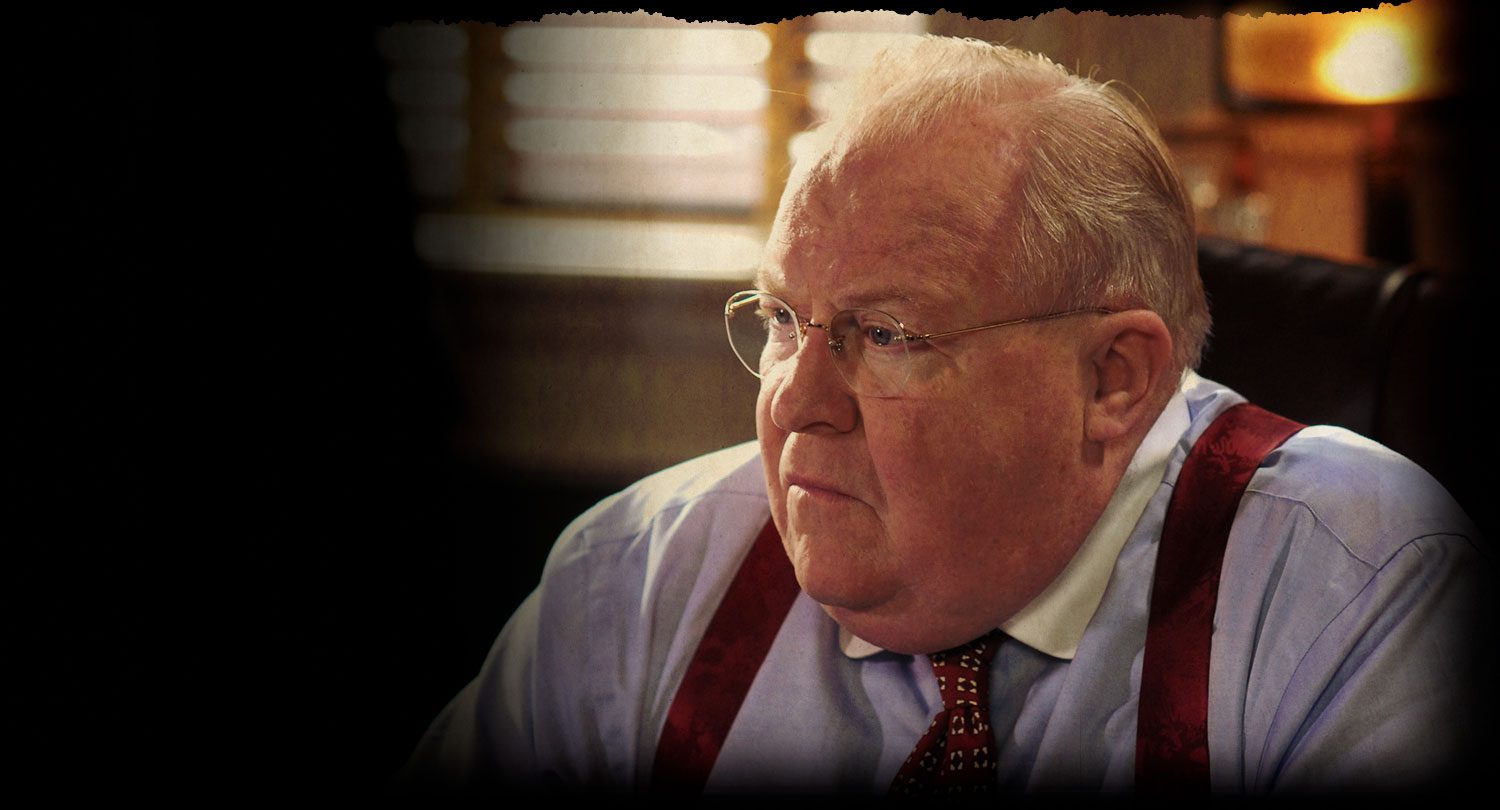 The unwavering Judge Hood is played by actor Larry Black (October Sky, Miss Evers Boys, Ernest Goes to Camp and Ernest Scared Stupid). Black’s ability to convey the immutable authority of the 1940s judge lends an added element of suspense to The Pardon. 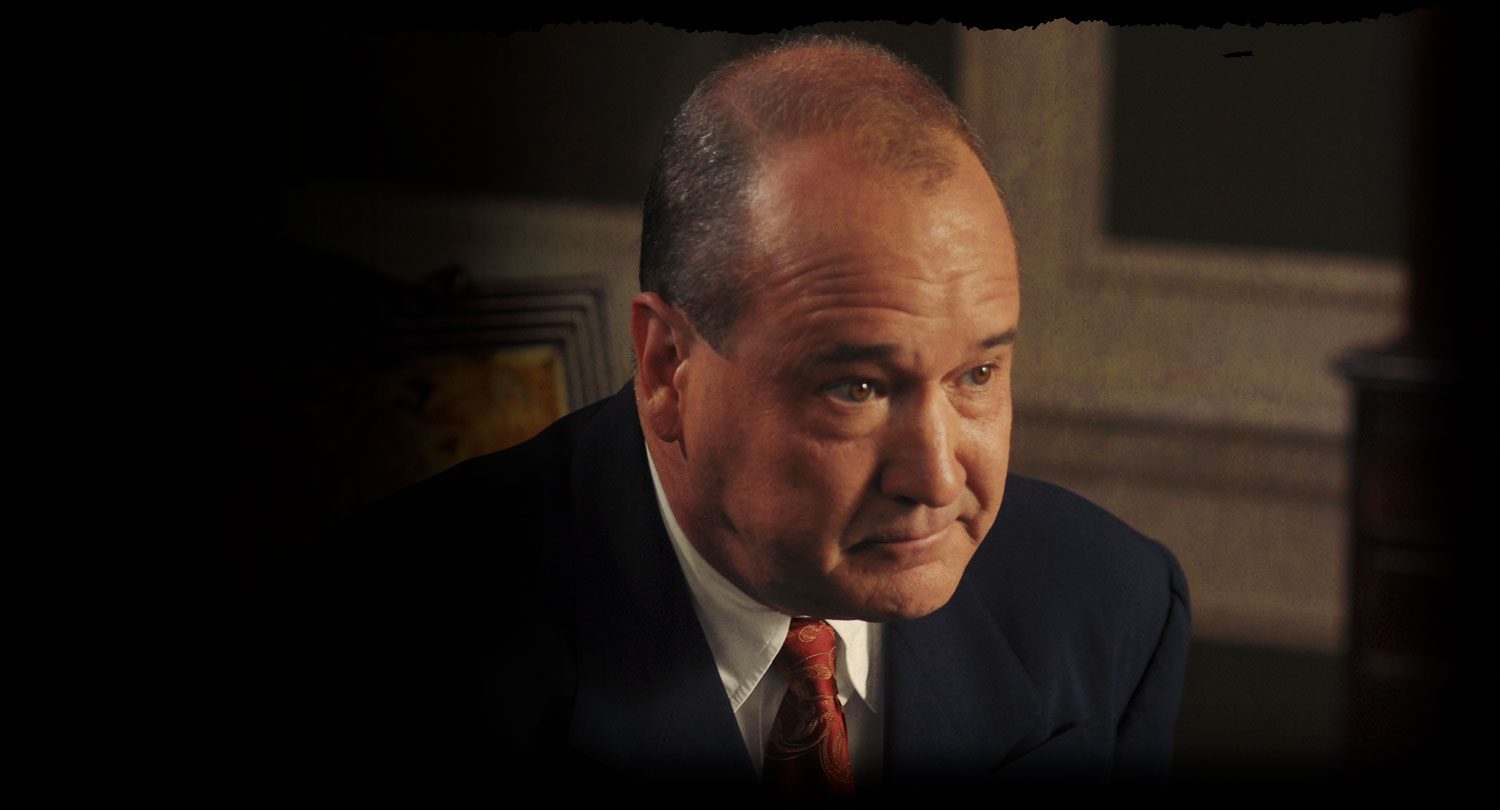 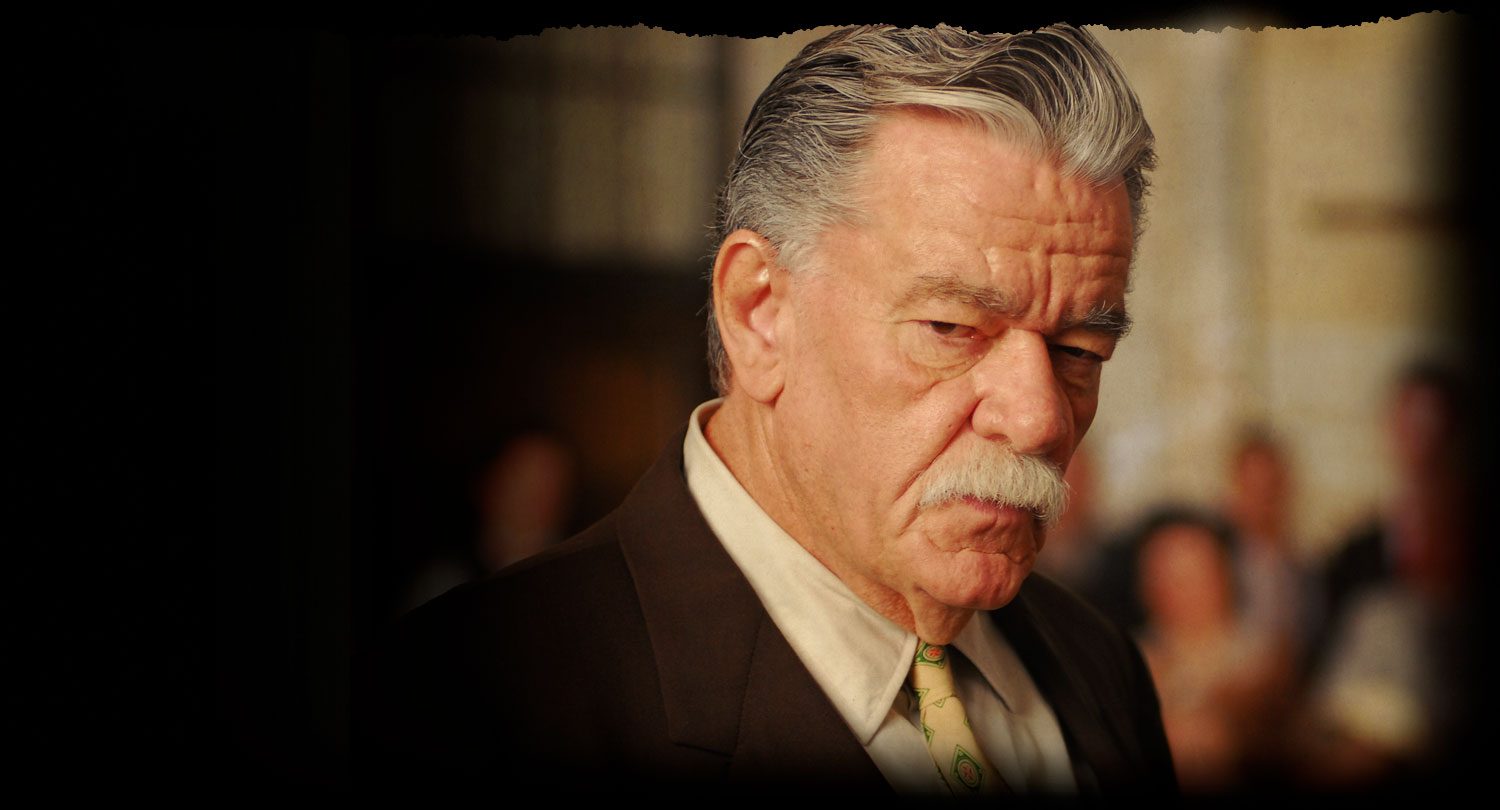 Portraying the character of special prosecutor J. P. Copeland, actor Ed Bruce brings a chilling stoicism to The Pardon. Bruce has acted in previous films including Public Enemies, Fire Down Below and Country Strong. 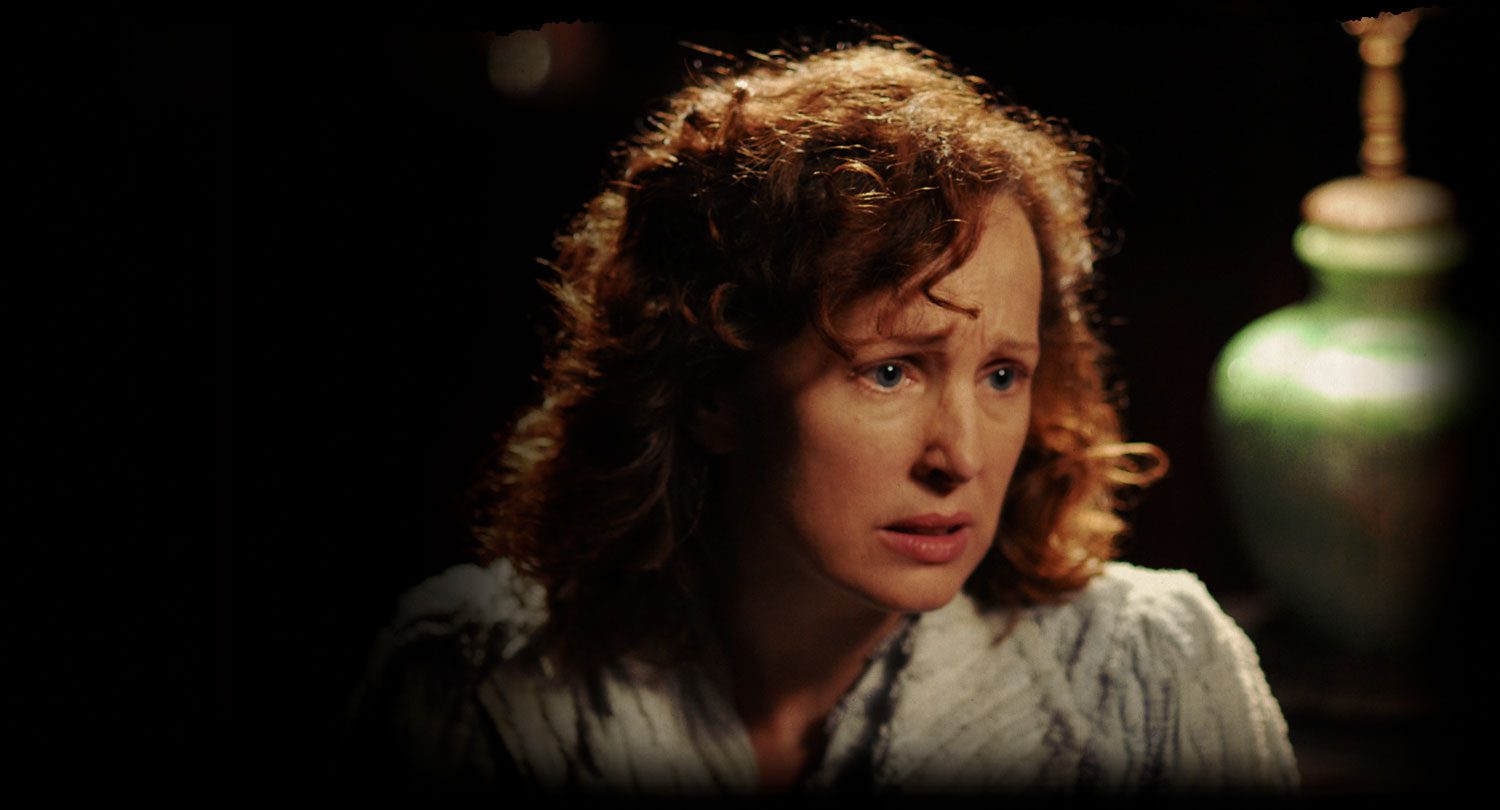 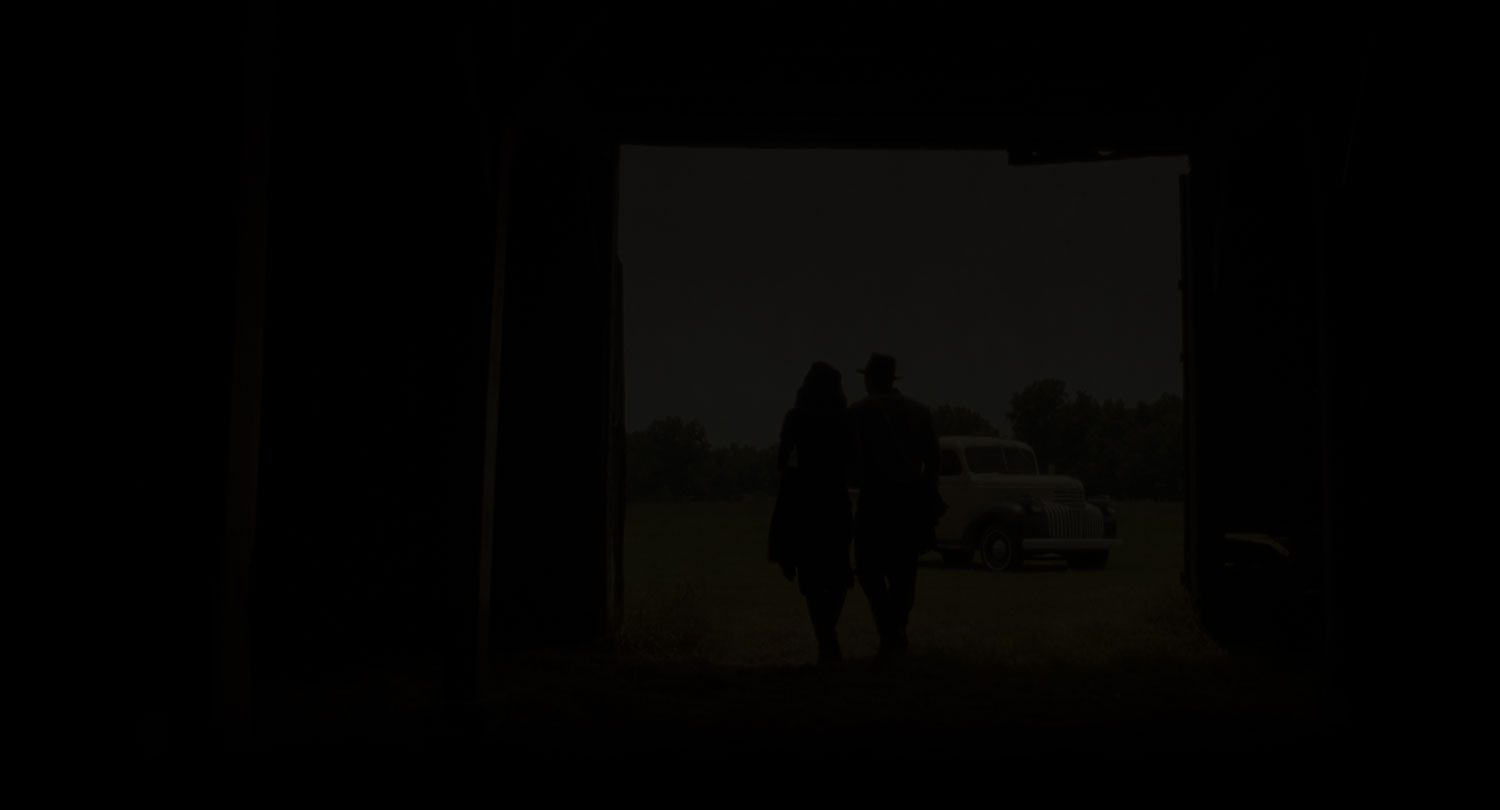